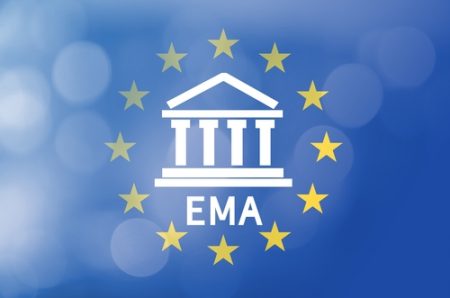 The government has moved to dampen fears in the pharmaceutical and life sciences industry that Brexit will mean patients and the NHS will wait longer and pay more for drugs and treatment.

The health secretary, Jeremy Hunt, and the business secretary, Greg Clark, have said they want to continue to “work closely” with the European Medicines Agency, the EU regulatory authority currently based in London.

They have offered to bridge the drug licensing gap that will open when the UK drops its membership of the EMA in the wake of Brexit.

“Our door will always be open to a deep and special relationship with the EU, which remains the best way to promote improved patient outcomes both in Europe and globally,” they say in a letter to the Financial Times.

This is a significant softening of position for Hunt, who told MPs in January that he did not expect the UK to continue as a member once it left the EU, a move that was branded by Labour as “reckless”.

Labour said at the time that if Britain left the EMA, patients could face longer waiting periods to access life-saving treatments. The Association of the British Pharmaceutical Industry (ABPI), which represents drug firms employing about 220,000 people in the UK, said patients could wait six to 12 months longer than the rest of Europe to receive newly developed medicines because the UK would be a smaller market.

The EMA currently licenses all medicines that manufacturers want to sell in the 28 EU states and some other countries in the European Economic Area. Europe’s population of 500 million people represents 25% of the world’s total drug market. If Britain left the EMA and made its own arrangements to regulate drugs, it would be of much less priority to pharmaceutical firms because it would be as little as 3% of the global market.

Britain already has its own drugs regulator, the Medicines and Healthcare products Regulator Agency (MHRA), which is part of an EMA-led pan-European network of 36,000 national regulators and scientists.

In their letter, Hunt and Clark say they hope this will be the future bridge to the EU licensing authority. “The Medicines and Healthcare Products Regulatory Agency wants to work with all types of innovators, ensuring new medicines can reach patients quickly. Drug development is a global business, and we will look to continue to work closely with the European Medicines Agency, and our international partners,” they say.

The MHRA already plays a disproportionately large role in the EMA’s work, assessing about 20% of all the drugs the EMA evaluates each year. But it would have to increase hugely in size if it became responsible for approving all new drugs aimed at the British market.

The letter is reported to have been signed off by Downing Street but is seen as a break with May’s intention to reveal none of her cards before entering Brexit negotiations.

Pharmaceutical industry leaders welcomed the early intervention by Hunt and Clark. Mike Thompson, the chief executive of the ABPI, said “this was a great first step” for the government.

“While I understand that the current plan is not to agree anything until everything is agreed, that just won’t work for us and therefore we would very much hope that … we will get an early signal in terms of the arrangements we put in place to ensure the supply of medicines,” he told the FT.

The ABPI has been lobbying since last summer to establish consensus on key Brexit issues such as a regulation, trade, immigration and UK science.