Patients may not have to finish antibiotic course, says study 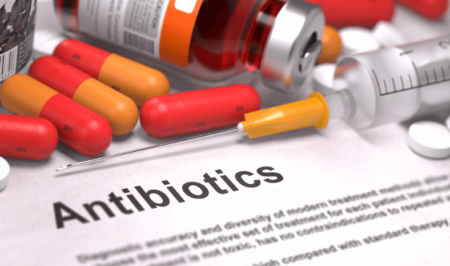 Experts say patients should stop taking antibiotics when they feel better, not when the course finishes.

Telling patients to stop taking antibiotics when they feel better may be a preferable instruction, according to a group of experts who argue that the rule is wrong and should be overturned.

Patients have been told that they must complete courses of antibiotics, the theory being that taking too few tablets will allow the bacteria causing their disease to mutate and become resistant to the drug. Which can be very dangerous.

But Martin Llewelyn, a professor in infectious diseases at Brighton and Sussex medical school, and colleagues claim that this is not the case. In an analysis in the British Medical Journal, the experts say “the idea that stopping antibiotic treatment early encourages antibiotic resistance is not supported by evidence, while taking antibiotics for longer than necessary increases the risk of resistance”.

There are some diseases where the bug can become resistant if the drugs are not taken for long enough. They say the most obvious example is tuberculosis. However, most of the bacteria that cause people to become ill are found on everybody’s hands in the community, causing no harm, such as E coli and Staphylococcus aureus. People fall ill only when the bug gets into the bloodstream or the gut. Therefore, the longer the bacteria are exposed to antibiotics, the more likely resistance will develop.

The experts say there has been too little research into the ideal length of a course of antibiotics, which also varies from one individual to the next, depending in part on what antibiotics they have taken in the past.

In hospital, patients can be tested to work out when to stop the drugs. “Outside hospital, where repeated testing may not be feasible, patients might be best advised to stop treatment when they feel better,” they say. That, they add, is in direct contravention of World Health Organisation advice.

Other experts in infectious diseases backed the group. “I have always thought it to be illogical to say that stopping antibiotic treatment early promotes the emergence of drug-resistant organisms,” said Peter Openshaw, president of the British Society for Immunology.

“This brief but authoritative review supports the idea that antibiotics may be used more sparingly, pointing out that the evidence for a long duration of therapy is, at best, tenuous. Far from being irresponsible, shortening the duration of a course of antibiotics might make antibiotic resistance less likely.”

Alison Holmes, a professor of infectious diseases at Imperial College London, said a great British authority, Prof Harold Lambert, had made the same point in a Lancet article entitled “Don’t keep taking the tablets” as early as 1999. “It remains astonishing that apart from some specific infections and conditions, we still do not know more about the optimum duration of courses or indeed doses in many conditions, yet this dogma has been pervasive and persistent.”

Jodi Lindsay, a professor of microbial pathogenesis at St George’s, University of London, said it was sensible advice. “The evidence for ‘completing the course’ is poor, and the length of the course of antibiotics has been estimated based on a fear of under-treating rather than any studies,” she said. “The evidence for shorter courses of antibiotics being equal to longer courses, in terms of cure or outcome, is generally good, although more studies would help and there are a few exceptions when longer courses are better – for example, TB.”

But the Royal College of GPs expressed concerns. “Recommended courses of antibiotics are not random,” said its chair, Prof Helen Stokes-Lampard.

“We are concerned about the concept of patients stopping taking their medication midway through a course once they ‘feel better’, because improvement in symptoms does not necessarily mean the infection has been completely eradicated. It’s important that patients have clear messages and the mantra to always take the full course of antibiotics is well known. Changing this will simply confuse people.”

England’s chief medical officer, Prof Dame Sally Davies, said: “The message to the public remains the same: people should always follow the advice of healthcare professionals. To update policies, we need further research to inform them.

“The Department of Health will continue to review the evidence on prescribing and drug-resistant infections, as we aim to continue the great progress we have made at home and abroad on this issue.”